Finally, Someone Who Agrees! Susan Engel on Teacher Education in NY Times

POLLING IN “HISTORY’S GREATEST A**HOLE!” CONTINUES UNTIL SATURDAY!  VOTE TODAY!  POLL IS ON THE RIGHT -> 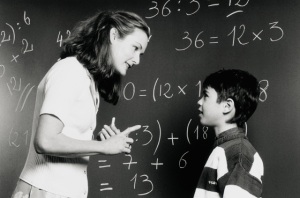 A while back, while I was contemplating life across a lake in the Maine woods, I penned a screed lamenting the lack of respect teachers get in America.  I pointed out that part of the problem is that teacher education in this country is of a generally poor quality.  It sucks, plain and simple.

Two people have since piped up on the issue.  Secretary of Education Arne Duncan addressed this very issue a few weeks back with remarks made at (surprise, surprise) Teachers College at Columbia.  Furthermore, Susan Engel, Director of the Teaching program at Williams College, recently wrote an op-ed piece in the New York Times that builds on Secretary Duncan’s remarks towards an action plan for the system.

Engel writes about how teacher education has little respect, because of its lack of selectivity and rigor.  Thus, according to Engel, “…the strongest students are often in colleges that have no interest in education, while the most inspiring professors aren’t working with students who want to teach. This means that comparatively weaker students in less intellectually rigorous programs are the ones preparing to become teachers.”

Her plan involves a number of points, namely to increase student selectivity while making programs tuition free.  This prevents the “diploma mill” mentality of so many university administrators when looking at education.

Furthermore, teachers would be trained in subject areas and in a clinical mentoring model similar to medical school.  The best way to learn how to teach is to do it–I know, and it’s quite a learning experience.  Engel also stresses the need for intense mentoring, monitoring and feedback on practices.  This is a quantum leap from the squishy “reflection papers” that often read like D papers at a Comparative Lit class at Vasser.

Teachers and administrators, take a hard look at what Engel is proposing.  It is probably difficult, if not impossible, to implement such a program wholesale.  Yet Engel’s argument is definitely a step in the right direction.