Bias or No Bias: Howard Zinn and the role of the Historian 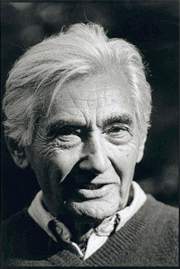 As neat and simple as it seems, the definition of the term “historian” morphs into murky territory.

Yet when it comes to Howard Zinn, the celebrated historian who passed away recently, the role often devolves into one of two directions: either as the master editor/revisor of the historical narrative or a storyteller of an altogether different story.

Zinn tried to be both, and it is this dichotomy that intrigues me…as well as frightens me.

Of course, the first stop is looking back at Zinn’s seminal work, A People’s History of the United States.  First published in 1980, and revised in numerous additions, People’s encapsulates Zinn’s mission in history: to shatter the prevailing narrative of American history, driven by leaders, generals and “old white men” and create a new arc of historical analysis based on social and economic movements from below.

It was among the first “bottom up” histories of our country, and it still provides useful insight.

We know today that the upheaval and fluidity of American society cannot be ignored when it comes to history.  After all, Washington needed an army.  Carnegie needed workers.  Lincoln needed conscripts.  Jefferson needed concubines (just kidding).

Zinn did make sure that those left out of the prevailing narrative—the working class, minorities, immigrants, etc.—have a definite and active place in the story.  For the most part, this is completely justified.  In a democratic society, the arc of history is indeed a tug-of-war between the ruling elites from above and the working masses below.  Until the 1960’s, the elites have won out.  The historical literature of this country has largely been constrained to the wealthy, educated Caucasian elite, holding a monopoly on the written word in America.

Zinn wanted to make sure that those who truly did the heavy lifting were not forgotten, but celebrated.  For this, all historians should be grateful.

Yet it is the subsequent direction of his work that made me fearful.

Instead of providing an alternative arc or a complementary narrative, Zinn’s outlook has been accepted by the Left as a new orthodoxy.  His “textbook” has become required reading in classrooms throughout America.  Much of Zinn’s ideology, as well as the historical content, are taken as fact by many in the academic community, simply because it runs counter to the conservative antecedents of history.

This is the problem.  Zinn himself said that his work was not “an unbiased account.”  Yet even he sees that People’s shouldn’t be completely objective, but rather an account of those left out based on the contrarian bias.

Yet isn’t history about finding the truth, no matter how painful, and dealing with its effects?  Does one bias necessarily ameliorate another?  They’re both wrong, aren’t they?

I’ve tackled Zinn-like postulations before, in my look at Native Americans.  Take a look at this sentence from Chapter 1 of People’s:

“What Columbus did to the Arawaks of the Bahamas, Cortes did to the Aztecs of Mexico, Pizarro to the Incas of Peru, and the English settlers of Virginia and Massachusetts to the Powhatans and the Pequots.”

This is the kind of blanket statement that Zinn peppers throughout his text.  While it is accurate that Native Americans were mistreated by European explorers and settlers, often in horrific numbers, Zinn rarely puts any nuance to this story.  The whites are the enemy, period.

What Zinn neglected to mention were the internecine wars between the Aztecs and their subject peoples (which Cortes exploited), the recurrent—and powerful—Inca insurrections that lasted well into the 18th century, and the complicity of other tribes, such as the Mohegans, Narragansetts, and Wampanoags in the problems with the Pequots.  I guess all that doesn’t fit on a pamphlet very well.

In his zeal to make up for past wrongs, Zinn painted with such a broad brush that the detail work got lost in the rollers.   Whitey has to look bad regardless of the cost.  This makes for great propaganda, but terrible history.

A professor of mine once told me that even the great philosophers of Western civilization—Plato, Aristotle, Kant, even Marx—understood that there is no answer to that all inclusive question “What is truth?”  Yet the academic mind understands that there is still value in searching for that truth.

Howard Zinn saw a chapter of history that was clearly neglected.  This is commendable.  Yet his ideology got in the way of the history, so much so that I question whether or not Zinn was a decent historian at all.

Attached is a copy of Zinn’s seminal work from History Is a Weapon, a website that focuses on progressive revisions of history.  Please feel free to read it, or reread it, and give your opinions.

In re-reading this thing, I honestly think Zinn could spin a good yarn.  But it’s a crappy history book.

3 responses to “Bias or No Bias: Howard Zinn and the role of the Historian”