The National Head Count: The Weird History of the US Census 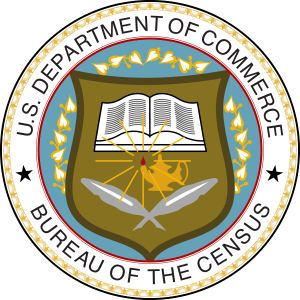 Most moments in our life involve some sort of head count.

On a field trip, a teacher routinely counts heads multiple times, in fear that little Juan stuck his hand in the Ming vase.  Schoolchildren need to divvy up teams, insofar as to distribute the fat, slow kids evenly and without favoritism.  During tax time, the more fertile couples take careful accounting of their kin, labeling each “Dependent # 1, Dependent # 2…”

So it goes that countries must periodically count heads.  The census, or the accounting of the population of a given area, has existed in some form or another since antiquity.  The word comes from the Latin censere, meaning “to estimate,” thus proving that even the ancients could fudge numbers with the best AIG accountants.

Without the census, there would be no Christmas—literally.  The historical record of Christ’s birth comes due to the census ordered by Augustus around the first decade CE (“And it came to pass in those days, that there went out a decree from Caesar Augustus that all the world should be taxed.” – Luke 2:1).  In the Roman Republic, a periodic census would calculate the population of men fit for military service.  During the imperial period, a census took place in order to assess for taxation, which is why Joseph trudged to Bethlehem with his pregnant wife.  It makes for an interesting census questionnaire:

Assets: One donkey, carpentry tools, salvation for the world (or at least those who believe in the divinity of the third member of said household).

Like our ancient brethren, America has also resorted to a counting of heads for official purposes.  Article 1, Section 2 of the US Constitution stipulates a regular, periodic census to apportion Representatives to the US Congress.

The first census was conducted in 1790 and took a while to compile, as census takers—originally court officers and marshals—went from house to house, farm to farm collecting information.  From the August start date, the official reports would not be sent to Congress until 16 months later, October 27, 1791.  The delay was largely due to states lollygagging in collecting their data: I’m looking at you, South Carolina!   The original questionnaire looked like this:

Unfortunately, this was probably in hierarchical order.  The number of slaves was important, at least 60% of that number anyway, thanks to theThree-Fifths rule that counted “all other persons” as three-fifths for purposes of representation.

At first, only heads of households were listed, with aggregate numbers of family members.  By 1850, all household members were named, including slaves.  The 1850 and 1860 censuses had slave schedules attached, and got much more complicated.  The 1850 census questionnaire asked about race, sex, education, occupation, even “whether deaf and dumb, blind, insane or idiotic.”  I’ll leave it to you to guess how many Americans picked that last category.

Even though the census is necessary—and participation compulsory, although the penalty for non-compliance is a joke—many Americans regard the ritual with suspicion.  Many feel the US government uses census data to punish potential lawbreakers or tax cheats.  Others feel that it’s a method of social control.

None of these has turned out to be the case, yet one instance in particular has stung this image.

According to US law, no one — neither the census takers nor any other Census Bureau employee — is permitted to reveal identifiable information about any person, household, or business.  Like all laws, however, there were ways to get around them, particularly if you’re German, Italian or especially Japanese.  Just prior to our entry into World War II, the FBI used census data to compile a Custodial Detention Index, or CDI.  The index contained information of citizens, enemy aliens and foreign nationals who were considered a threat to national security—the “race” question on the census form really helped.  The internments of Japanese Americans, and a smaller number of Germans and Italians, came thanks to the little form we fill out every ten years.

Yet our census continues, and the 2010 census will begin in a little over a month.  Make sure you fill out that form—don’t worry, it’s shorter this year than in years past.  If you forget, the census taker may visit your house and take down your information.  You probably won’t get caught, but try not to lie: refusing to cooperate is a $100.00 fine, but lying on the census is a $500.00 fine.

And for God sakes, don’t say the joke about taking the census in a Polish village.   It’s for your own good.

US Census Bureau — the agency responsible for the census.  A part of the Department of Commerce, these are the guys that send out those annoying forms.

2010 US Census — provides information about the current census, how it will be administered, the questionnaire, etc.  I’m still a little peeved that the form isn’t online yet.

Census in Schools — a site for teachers and students with lesson plans, printables and other information for the classroom.

Finally, for a good laugh, here’s the Three Stooges in their 1940 film “No Census, No Feeling.” Definitely fun to watch with students–especially the reactions to the ridiculous questions that were asked.  Enjoy.