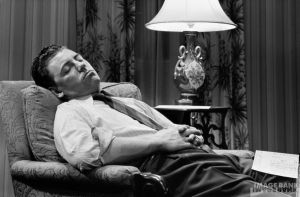 It’s rare that I have little to write about.

I should be opining at length on the contrasting attitudes towards snow across the United States.  People are too damn sensitive about the stuff.  Maybe a good dose of the Blizzard of 1888 will give them some backbone.

I should probably also note the quadrennial farce that is the Olympic Games, albeit the cold, wintry kind that I like (although Vancouver could use a little more winter).  There may have been a mention of the continually “awkward” event that is the two-man luge–flying down a track at 90 miles per hour riding on your partner’s testicles.

I should also mention how Presidents’ Day got stretched into Presidents’ Week.  Probably gives time for Bill Clinton to recover from another heart scare.

Or maybe about my upcoming Cuba trip.

Give me until next week to be a little more loquacious.  At least until I’m so bored that I may actually write something useful.

Musings for the Shoveler: Random Thoughts on Snow

Since I’ve been breaking my back shoveling a foot of snow outside, what a better way to relax than to think random thoughts on the white stuff that will eventually give me a heart attack.

Any child goes bananas at the concept of snow.  It was the only time you watched the news with any degree of enthusiasm–just think, a swoop of the radar and “presto!”, no school!

In my house, that depended on the weatherman on duty that morning, or the night before.  As a child watching News 12 on Long Island, it was a waiting game to see who would announce our joy–or our doom.  If Norm Dvoskin was announcing, it was a fair bet that there’s at least a two-hour delay, if not more.

Joe Gioffi, on the other hand, was the grim reaper.  The local school districts must’ve paid him off each year, because whenever that bastard went on the air, there was no hope.  It would only be a sprinkle, or the good snow would be “north and west” of the city.  Oh, how we longed to live “north and west”, with all their snow days…

Well, as adults we have a far more complex relationship with snow.  We shovel the stuff.  Our cars slip on the stuff.  You shoo away the kids that want to sled down your driveway.  God forbid it snows during rush hour.  Here are some other grown ups, and their opinions on the subject.

“A lot of people like snow. I find it to be an unnecessary freezing of water.” — Carl Reiner

“Courtesies cannot be borrowed like snow shovels; you must have some of your own.” — John Wanamaker

“I grew up thinking of snow as a luxury you visit.” — John Landis

“I seemed to vow to myself that some day I would go to the region of ice and snow and go on and on till I came to one of the poles of the earth, the end of the axis upon which this great round ball turns.” — Ernest Shackleton

“Snow and adolescence are the only problems that disappear if you ignore them long enough.” — Earl Wilson

“The Eskimos had fifty-two names for snow because it was important to them: there ought to be as many for love.” — Margaret Atwood

“We build statues out of snow, and weep to see them melt.” — Walter Scott

“Unless we make Christmas an occasion to share our blessings, all the snow in Alaska won’t make it ‘white’.” — Bing Crosby