Teachers are too valuable to be “Fair Game”: A Response to David Brooks 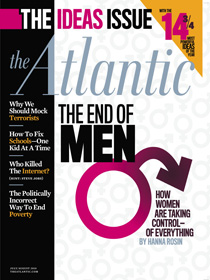 Cover of the Atlantic's 2010 "Ideas" Issue, from http://www.theatlantic.com

In 18th Century England, animals that were legal to hunt, either with shotgun or pack of rabid dogs, were considered “fair game.”

In the frontier wilderness of northern New York, American rangers harassed John Burgoyne’s British army by doing the unthinkable—hunting officers as if they were animals, or “fair game.”

So in the 21st Century, according to David Brooks, author, New York Times columnist and contributor to the Atlantic, teachers are also to be subject to the hunting dogs and shotguns, as we are now “fair game.”

The recent “Ideas” edition of the Atlantic had an interesting—albeit provocative—piece by Brooks, a liberal-turned-conservative who has recently joined the education reform crusade.  He has penned column after column of Times opinions lambasting teacher unions, exalting charter schools and school choice, and glorifying the current trend towards “data-driven” instruction.

To wit, Brooks breaks no real new ground in his article “Teachers are Fair Game.” He also says little that is new in terms of the changing reaction to teacher unions: anti-union bias has usually stood ascendant in times of economic distress i.e. the 1930s, and the immediate postwar recession.

Yet what sets this piece apart is its tone: not of someone willing to work with others, but that of a hunter stalking its prey.

That prey is us.  We are that game.

His arguments are hardly original: improving teacher quality, the cessation of tenure and other teacher protections and the perceived intransigence of the education establishment.  That establishment, according to Brooks,

“is both softhearted and hardheaded.  They put big emphasis on the teaching relationship, but are absolutely Patton-esque [interesting adjective there] when it comes to dismantling anything that interferes with that relationship…union rules that protect bad and mediocre teachers, teacher contracts that prevent us from determining which educators are good and which need help, and state and federal alws that either impede reform or dump money into the ancien regime.”

Yet Brooks errs on two huge factors.  First, he sees the unions in it of themselves as a problem, without leaving any opening for those union leaders willing to work with administrators to find real solutions.  This is where Brooks the rabid union-hunter aims for his kill.  He remarks with unrestrained glee about the shift in opinion amongst the media and political leaders against perceived union abuses.  “The unions feel the sand eroding under their feet.”  Brooks states. “They sense their lack of legitimacy, especially within the media and the political class.  They still fight to preserve their interest but they’ve lost their moral authority…”

Moral authority?  The authority a union has is to its membership, and the use of morality has all too often been used by administrators to abuse and harass such members.  It does education reformers absolutely no good to attack a union per se.  Unions are here, and unions will stay into the foreseeable future.  Even the vaunted charter schools have unionized to some extent, by consent of their faculty.

There is room for reforms that benefit instruction, and there are unions and union leaders who are willing to work together with school districts to reform education.  Putting unions in a corner with attacks, however, is not only fruitless, but counterproductive.  By placing unions on the defensive, without reaching out an olive branch of cooperation, nothing will get done.  Cooperation will get results: not all the results you want, but that is life.  Something is better than nothing.

Brook’s second error involves his argument about teacher quality.  He correctly states that a core issue of education is the relationship between teacher and student.  Like Brooks, I too have issues with teacher quality, particularly in teacher training.  In a post last year, I lamented the ease with which I earned my masters degree in education, stating that for teachers to gain respect their education should be of a competitive caliber.  My guess is Brooks and I are in full agreement on this.

Yet his solution involves more than just tweaking graduate education.  As if he released a pack of rabid lions on Christian martyrs, Brooks exalts that “aided by the realization that teacher quality is what matters most, a new cadre of reformers have come to the scene, many of them bred within the ranks of Teach for America [oh brother].  These are stubborn, data-driven types with a low tolerance for bullshit.”

I will not rehash my feelings on Teach for America, the institution.  Let’s just say it’s less than positive.

That last sentence, however, bears the obvious taint of hypocrisy.  “Data-driven” types with a “low tolerance for bullshit.”  In the past few years, I have been knee-deep in the use of standardized tests to guide instruction.  You can even say I’m the poster boy for “data-driven” instruction.

In my experience, the entire exercise of using data, as it is now, is bullshit.

If you look at standard assessments and practice assessments in many school districts, you may see a disturbing pattern.  The state exams tend to be much easier than the practice tests.  The practice tests, for the most part, exhibit an eerie upward trajectory in scores as test time gets closer.

A more naïve soul, an earnest “no-bullshit” TFA-er, for example, would see this as proof of instruction driven by data from the previous assessment, thus an upward sloping path.

Your veteran teacher, however, isn’t fooled so easily.  When a rookie teacher sees achievement, a veteran sees manipulation.  What is to stop states, school districts—and the test-prep companies in their pocket—to engineer a series of tests so that it seems that students are doing better?

The federal contest for Race to the Top funds doesn’t help in this regard at all.  In fact, it allows for more manipulation and outright fraud in student data than ever before.  Because of the need for increased test scores, school districts are more open to the temptation of test-rigging—with the often-tacit approval of state education departments.  After all, doesn’t everyone win in this scenario: teachers “look good,” administrators “look good,” feds see that the kids are “doing better” and reward states that “sustain student achievement”?

The students don’t win: not by a long shot.  Sometimes when I assess them, their scores fall, often far below other previous tests.  This is natural: new material and new concepts often make this happen, as well as normal student jitters about tests.  To me, it does the student little use to give them a false sense of achievement.  They may have stumbled, but at least I can get an authentic view of what they know and don’t know—at least as authentic as possible using a test.

What does Brooks really want?  “No-bullshit” types that really use data in a fruitful way, regardless of the results?  Or does he want teachers that make sure students do “well” on tests at all costs?  Higher education, for example, is only “data-driven” in the case of admissions: the SAT and AP scores, etc.  Colleges and universities require thinking, reasoning, and research skills that often cannot be quantified.

If students are only taught “to tests”, doesn’t this give them a disadvantage in higher education?  Do education “reformers” really even care about disadvantaged students if their methods effectively bar them from higher education, leaving it to better prepared, richer and “whiter” students?

[Oh dear, did I let the cat out of the bag?  Did it slip out that the current craze of education reform is simply a ruse to create a permanent underclass that is educated just enough to show that disadvantaged students “can learn” and “make academic progress.” Aren’t these “data driven” students still woefully ill-prepared for much-needed college and university education?…that’s for another post.]

Brooks may have the best of intentions, but his methods and ideologies do nothing but entrench established interests on both sides.  The TFA, data-driven method is flawed—in some cases dreadfully so.  Attacking unions as the ultimate problem alienates and immobilizes those teachers (like me) who still feel educational reform can still happen with a strong union and administration in partnership.

Lastly, what better way to make teachers—among the hardest working Americans out there—feel like subhuman carrion than by labeling them as prey for the hunters.  If Mr. Brooks wants to play that game, here’s my announcement for my fellow teachers:

Those TFA “data-driven” types with a “low tolerance for bullshit”?  They’re “fair game.”  Unleash the hounds.